The Hare with Amber Eyes: a world where only the smallest survive 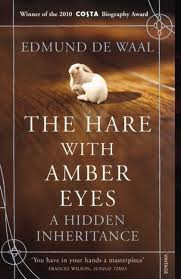 It would be nice to think that when I finally get around to chasing down my family history, that it will be pan-global rags to riches to rags tale of glamorous balls, old master acquisition and commercial trailblazing, but I kind of doubt it. I also doubt that there is any single object that has traversed the narratives of any more than 3 generations of my family. Edmund de Waal does not have these problems, and that is why his book, The Hare with Amber Eyes is so wondorous.

The eponymous hare is a tiny smooth toggly object which you can hold in your hand and slip in to your pocket. It is one of 264 Japanese “netsuke” which were carved in wood and ivory in the 18th Century and found their way into the ownership of the Ephrussi family in 19th Century Paris. The Ephrussi were a Jewish banking family whose ascendency had begun with trading grain in their native Odessa, then part of Russia. They became rich, very rich. They spread out to Vienna and Paris and London. They founded a bank. They were a Jewish family and their sons and daughters married the children of other wealthy Jewish families. They numbered workers and shirkers and scholars and lovers among them.

The netsuke collection was stroked by Renoir and Proust in Paris. From them and there it progressed to Vienna when it was stored in the dressing room of a wealthy bank er’s wife, held only by her and her children and servants. When the Nazis stormed into requisition everything in sight, the size of the netsuke, which is what makes them so curious, became the reason for their survival. Being tiny was their defence against plunder. They were squashed into a mattress upon which a lady slept and they were carried to Tunbridge Wells in a small attaché case. Not to be bound to one continent, they were displayed for many years in an idyllic house in Tokyo.

Is this a history through objects or a study of objects through history?

I was being my hasty self when I suggested that this story was wholly extraordinary. Of course, it is quite extraordinary, but it is also like many others. How many people find themselves on the wrong side of history? 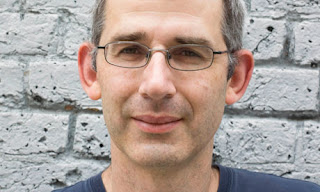 How many people can predict the events of their own epoch? Can know when the bastards are coming for them, and get away in time? Not many, that’s how many. The feet of history march hard and march fast. Most of the Ephrussi fortune was lost when they found themselves on the wrong side at the end of the First World War. The holocaust did for the rest. The netsuke are the legacy of the Ephrussi’s moment in the sun. They represent and illustrate loss and survival.

Now, there is a netsuke shaped hole in my life. Maybe a toggle will have to do….

For those who are interested, a gallery of the netuke can be seen here.

Posted by Hannah Stoneham at 10:30 AM